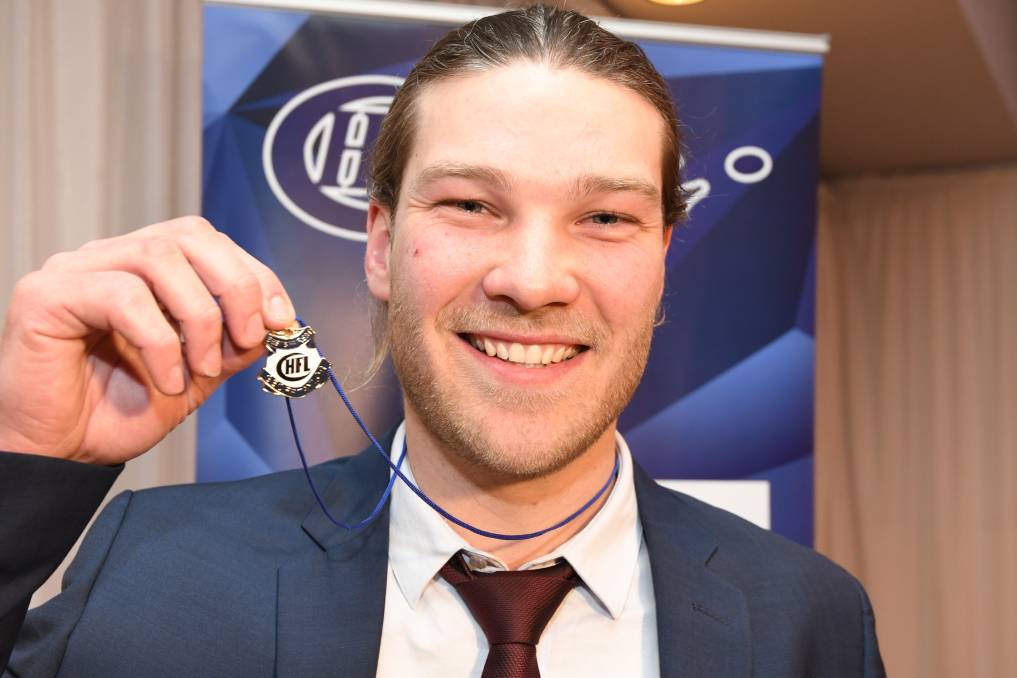 Congratulations to Joel Mahar who on Wednesday night took out the Geoff Taylor Medal for the best & fairest player across the 2018 season. Joel has had an outstanding season for our club this season, which has been his first full year back in the red and blue since travelling Australia. Joel was also selected in the CHFL team of the year, awesome effort Joel!

Molly Binks also did the club proud by being awarded the best & fairest in the C Grade netball competition. Molly won the award by a staggering 12 votes, well done Molly on your massive achievement. Also on the netball side of the night Kathryn O’Dwyer was recognised in the CHNL team of the season in Wing Attack. Well done to you all on you all!

Read a wrap of the night from The Courier here.