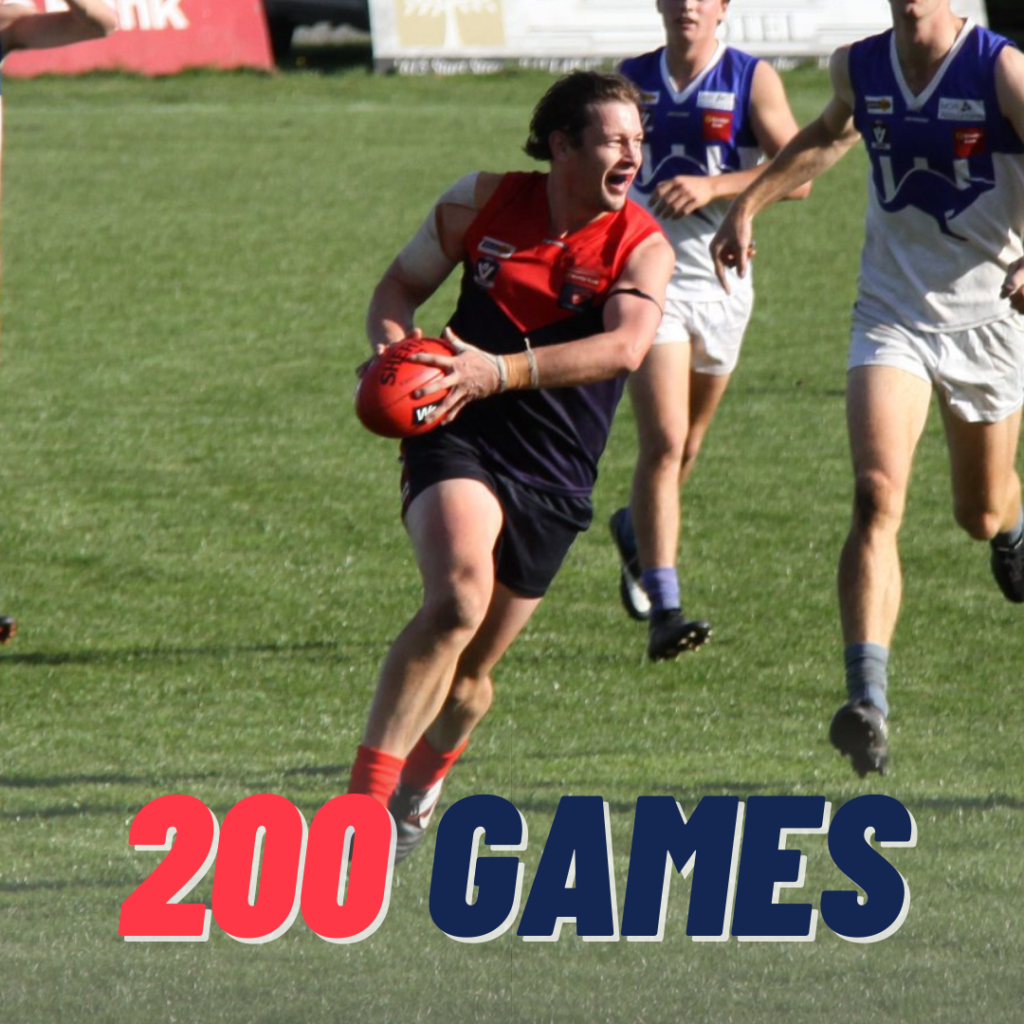 A massive congratulations to Jackson Murphy, who tomorrow will run out in his 200th senior appearance for the club. In doing so Jacko becomes just the 9th footballer in the clubs history to achieve the milestone.
Jacko started his senior career as an U18 in 2008, before graduating fully the next year and being the clubs Rookie of the Year nominee in 2009. Across his 199 games so far, Jacko has kicked 199 goals, represented the CHFL in interleague in 2012, won the Tom McGuane Medal for the Senior B&F on two occasions, 2019 & 2021, as well as being the runner up in 2010 & 2013, this along with being the voted by his peers as the inaugural Jimmy O’Keefe MVP in 2017, and again in 2019.
No doubt the highlight amongst it all was being a pivotal part, and Vice Captain in the 2014 premiership win. The next year Jacko was elevated to Captain of the club and held that title for seven seasons, up until last year.
As everyone around the club will know, off the field Jacko has been just as important, he is the current number one ticket holder, won the best clubman award in 2018, has been the head of the social committee for countless seasons, along with being the CEO/CFO of the players Footy Trips for the last 10 seasons.
Congratulations Jacko, 200 senior games is no easy feat and hopefully we will be able to come away tomorrow with a win to celebrate.
Posted in Uncategorized
← Reverse Raffle 2022
×
Scroll To Top