Australian media personality and former Australian rules football player, well known for his controversial behaviour, both on and off the field, and his satirical lamb industry advertisements.

Sam started his career with North Melbourne FC in 1968 and won the club Best & Fairest and Top Goal kicker the following year with 56 goals. He was a major role in the 1975 premiership under AFL great Ron Barassi.

Carrying his flamboyant style into the media sector after retiring from AFL, his notable rants are satire at its best with a typical Aussie approach.

He will be interviewed by veteran MC Comic JK so the even promises to be just that little bit different. 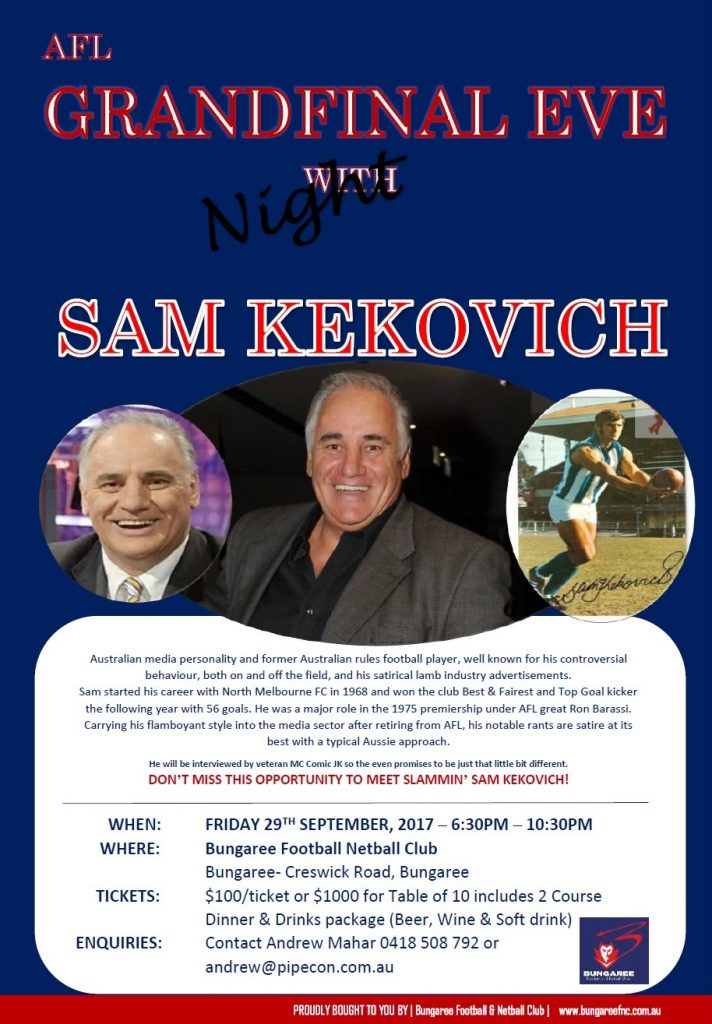